There have been few more egregious restriction on individual liberty foisted upon this nation than the thirteen years of Prohibition that straddled the decade of the 1920s. How did this come about? There have been many historical research papers written on the subject, but for most of us it is usually a story too long to tell.

Not so for documentary film-maker Ken Burns. He has followed up his previous films about the Civil War, World War II, and others with his latest Prohibition. This work is being broadcast on many PBS television stations this week and is now on DVD and Blu-Ray for rent or purchase – three episodes for a total of 5 hours.  I highly recommend this documentary, especially the first, which shows exactly why and how this so called “noble experiment” came about.
It has always interested me how prohibition of alcoholic beverages, as well as the continuing fruitless and futile “war on drugs” cuts across political and ideological lines. Social conservatives are generally been for it, as are left-wing neo-progressives (so long as you don’t include their Chardonnay). And it has always been that way.
Misuse of beverage alcohol has caused individual and social problems for a long time. The propensity to overindulge in strong drink respects no class or sex. Likewise for race and ethnicity. Although some cultures appear to produce more problem drinkers than others, so far as I am aware, no genetic link to alcoholism has been found except perhaps among Amerindians. Historically, alcohol abuse has been considered a moral problem; more recently it has tended to be regarded as a medical condition – a disease. I suspect that it is some of both. As a close friend of my spouse once remarked, you don’t catch alcoholism if you don’t drink.
Nevertheless, collective attempts to control demon rum have been sponsored by churches, women’s organizations (because prior to the legal and cultural emancipation of women, a male breadwinner didn’t win much if he spent it on whiskey), and all manner of social reformers. The political classes resisted liquor control laws and prohibition during America’s first century because the concept of individual liberty dictated that free citizens have a right to fail and/or make fools of themselves, the alcoholic beverage business was important to the nation economy, and taxes on beverage alcohol was a significant source of revenue for the federal government before income taxes were Constitutional. It is interesting to note that protests on beverage alcohol taxes led to the first popular challenge to federal authority during George Washington’s Administration.
In the waning decades of the Nineteenth Century, women temperance advocates such as Carry Nation, evangelical Christians like William Jennings Bryan, increased the vigor of the prohibition movement. Anti-immigrant and anti-Roman Catholic (who had no religious scruples against liquor per se) sentiments joined in. The beer industry grew exponentially and was dominated by immigrants – mainly German – which increased popular prejudice against booze. At the turn of the century, the Progressive Movement took up the cause in the name of social reform and efficiency – the apotheosis of nags and busybodies.
By December 1917, the Protestant revivalists, the anti-immigrant crowd, the need for tax revenue from alcohol excise taxes significantly reduced by the institution of an income tax, the anti-German sentiment fanned by World War I, the Progressive Movement, and the Administration of a Progressive President Woodrow Wilson, were a perfect storm. The 18th Amendment was passed by both Houses of Congress and ratified by three-fourths of the states within a mere 13 months. The rest, they say, is history.
An interesting aside not mentioned by Ken Burns is that in 1917, the first, and thus far only, governor of Texas was impeached and removed from office. Populist and anti-Prohibitionist Democrat James E. “Farmer Jim” Ferguson was accused of improperly causing the state to deposit public funds in his Temple bank, but what really irked the Progressives was that Farmer Jim was support by and received campaign donations from the breweries in San Antonio, Shiner, and elsewhere in the state. Ferguson got back at them. Ineligible to run for office again, his wife Miriam Amanda “Ma” Ferguson ran and was elected governor twice, in 1924 and 1932, on the slogan “Two Governors for the price of one.” Another slogan seen about that time was “Me for Ma, and I ain’t got a durn thing agin Pa.” 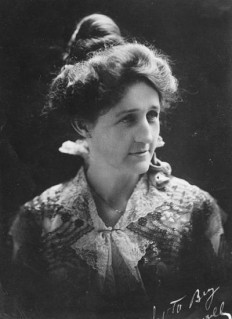 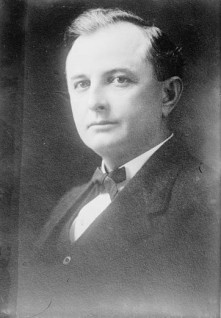