One project — I hesitate to all it a New Year’s Resolution — this writer is attempting this year is to publish more frequently on this blog. Unfortunately, paying work often gets in the way, and leisure time may often be better spent. However, we’ll try with some varied interest pieces.

The journey from Dallas to central the central Texas Hill Country can take a number of routes, but the one we have found the most pleasant and efficient is driving to Hillsboro, and then west on State Highway 22 to Hamilton, and then US 281 South to our destination.

The town of Cranfills Gap is little more than a wide spot in the road on Highway 22 in Bosque County, midway between Meridian and Hamilton. Traveling west at an intersection there, one may notice a sign pointing to the right directing the way to St. Olafs Church. The sign jogged my memory back to a news article in the 1980s where the King of Norway visited Texas to commemorate the mid-19th Century settlement here by Norwegian immigrants. I vaguely recalled a news story in the 1980s about a historic church in Cranfills Gap where His Majesty and local and state dignitaries were photographed. It seemed interesting to take a first-hand look at that church, so we turned off the road and drove a few blocks to the 100-year-old structure that served the local Lutheran community. While it is impressive, it does not seem to be all that special. A historical marker in front of the main entrance, however, directs visitors to what it describes as “The Rock Church” roughly 3 miles to the east on County Road 4145. 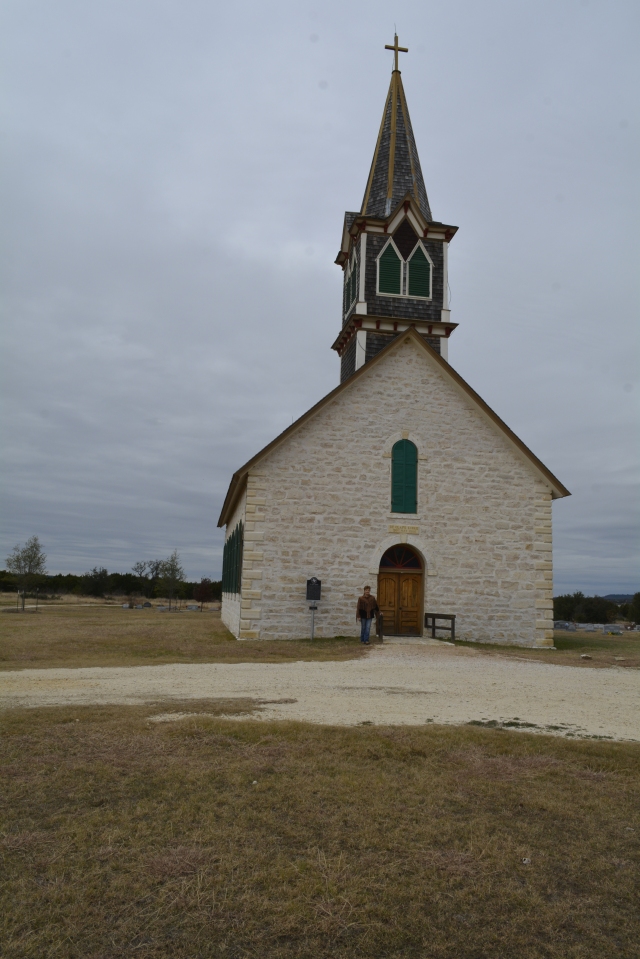 Norwegian settlers, led by one Cleng Peerson began arriving in Bosque County in 1854. A few miles west of Clifton, at a settlement called Norse, they built Our Saviour’s Lutheran Church, which still survives as the only structure there. A few decades later, members decided to build another church closer to Cranfills Gap. Volunteers from the congregation built St. Olafs church in 1886, using rocks from a small nearby mountain. The building did not have, and still does not have running water or electricity. It is heated by an old wood-burning stove, which has been restored and is in service today, as is the Vocalion Reed Pump Organ that was manufactured before 1900. The pews, floors, and light fixtures are all original. The church’s Ladies Aid Organization purchased the Swedish bell in the 1880s, and it still hangs in the bell tower.

By the second decade of the 20th Century membership had grown so much that it was necessary to build a larger building for the congregation. St. Olafs Church was built in Cranfills Gap in 1917. (Note: the town’s and church’s names are spelled without the possessive apostrophe.) The Cranfills Gap church observed its centennial two years ago. The congregation supports, maintains, and is responsible for both church buildings. The Rock Church has services on holy days, especially Christmas and Easter. It is available for christenings, weddings, and funerals. Services were conducted in Norwegian until the 1940s.

St. Olafs Cemetery is located adjacent to the church, and now has around 3,000 grave sites. A major renovation and restoration occurred in 2010, and in 2012 a Gathering Place was built and opened for church events and by congregation members and groups.

During my visit, I met a friendly young woman who informed me her great-grandfather was one of the builders of The Rock Church. She informed me that most of those who worked on the construction during the 1880s are buried in the Cemetery and many of their descendants still reside in Cranfills Gap and the surrounding countryside.

Here’s a map showing the location.