This week I heard the tail end of a feature on NPR radio about a new study made by MIT scientists about determining the strength of knots. I was reminded of the persistent nuisance of shoelaces’ tendency to become untied, usually at the most inconvenient time.

The Economist magazine had an article in 2017 concerting the shoelace problem. As it happened, the British Royal Society published a paper that year reporting the first scientific study of this phenomenon. At the time, I thought it might be an interesting subject for a post, but put it aside because of other pressing matters. The recent radio feature re-piqued my interest.See here. 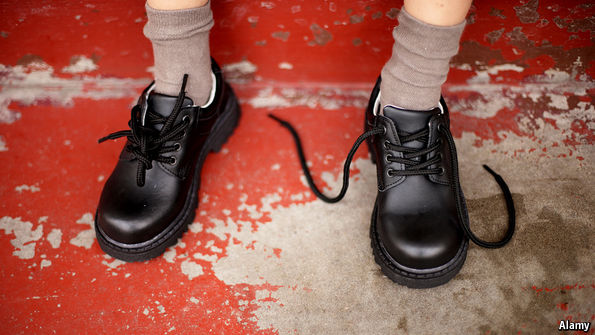 As a child, I learned that when tying my shoes, making an additional knot of the bow generally solved the problem. Even remembering, or not wanting to take the extra few seconds to tie that additional knot, and the prospect of having to pick it apart when untying, meant that I often did not do so. I later learned from the Boy Scouts that tying a “square” knot (sometimes called a “reef” knot, mainly by the British) would hold better than the more common knot, called a “granny” knot, that resulted from repeating the same twist of the string or rope.

Today I often avoid the problem by wearing slip-on shoes. At one time, wearing such shoes for business purposes was an etiquette faux-pas (no pun intended). It has became more acceptable during recent times, especially for those in my line of work, because of the inconvenience of removing shoes to go through security points at courthouses and other government buildings, not to mention airports. (I can attest that going through the process of getting trusted-traveler status with the TSA so one does not have to remove their shoes is worth the effort.)

The Royal Society, formally The Royal Society of London for Improving Natural Knowledge, is Great Britain’s national academy of sciences. It was founded on November 28, 1660, and was granted a royal charter by King Charles II as “The Royal Society.” Its first meeting featured a lecture at Gresham College in London by Christopher Wren, the architect of St. Paul’s Cathedral and other noted structures. The Society included Wren and other leading thinkers and natural philosophers (17th Century-speak for scientist) including Robert Boyle (“Boyle’s Law” of gases) and mathematician Bishop John Wilkins. Sir Isaac Newton was a Fellow and served as president from 1703 until his death in 1727. It remains among the preeminent scientific organizations in the world.

The Royal Society’s motto Nullius in verba is taken to mean “take nobody’s word for it.” It is an expression of the determination of Fellows to withstand the domination of authority and to verify all statements by an appeal to facts determined by experiment.

Not to take anyone’s word that a square knot would hold better, the Society published in its proceedings “The roles of impact and inertia in the failure of a shoelace knot” in April 2017. See here. This study – 16 pages on-line with charts and illustrations – was not the final word.

MIT scientists in the “Topological mechanics of knots and tangles” found in the current issue of Science magazine, took the study of knots to a new level. See here. They used special fibers that change color when they are under strain that help scientists come up with some simple rules that can predict how a knot will perform in the real world. They discovered that the twist of the rope or string determines the strength. The difference between a granny knot and a square knot is the granny twists are in the same direction and the square knot’s twists are in opposite directs. This tends to strengthen the knot. 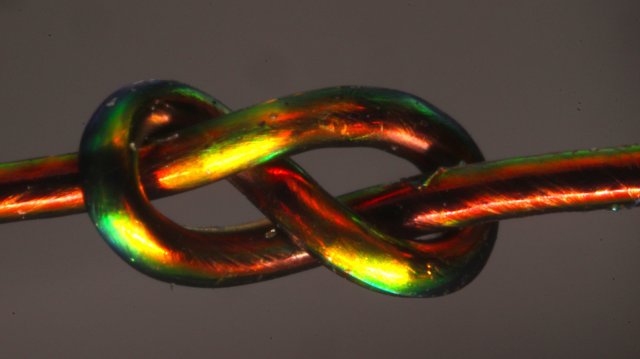 For tying one’s shoes, the researchers determined that one way to know if they are tied in a square knot is if the laces lie perpendicular to the foot. If they lie parallel, one has a granny knot. They caution, however, that even the square knot will fail eventually. 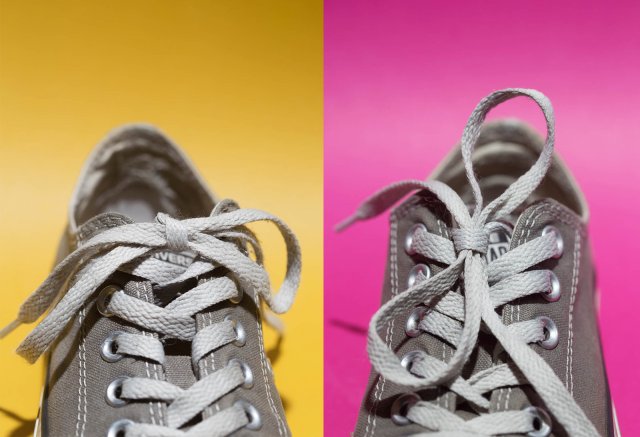 Remember this when tying your shoes — or rock climbing.